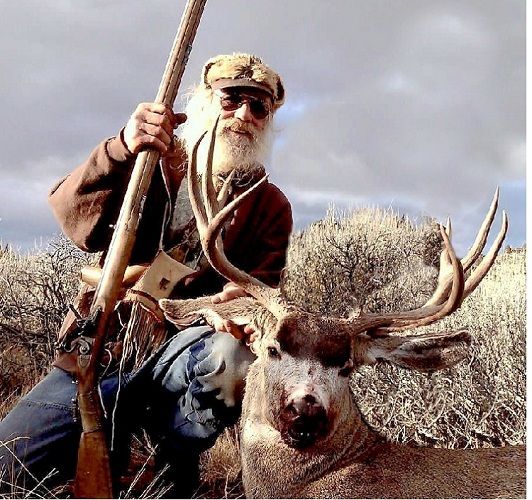 Brent Lewis Bauer was born on October 8, 1947 to Raymond and Shirley Bauer in St. George, Utah. When Brent was a young boy his family moved to Susanville where he resided until his death on November 11, 2021.
0n December 18, 1972 Brent Married Judith Smedes. They would have celebrated 49 years of marriage this year. Brent was a jack of all trades, a mountain man, a friend to everyone he met and truly one of a kind. He enjoyed, hunting, fishing, riding motorcycles, working on cars, and Black Powder Rendezvous. He possessed a wide range of knowledge, always had a story to tell, and could fix anything, especially if he had a tube of shoe goo. He loved to share his knowledge, skills, hobbies and stories with his grandkids. He also passed on his love for hunting, fishing, guns, cars, and motorcycles to many in his family.
Brent is survived by his wife Judi, his three kids Trent (Trisha) Bauer, Brooke (Mike) Gourley, and Blayne (Ches) Mallery.
He also leaves behind his six Grandkids, Mikayle and Mason Gourley, Nolan and Seth Mallery, and Trajan and Tallyn Bauer. He was preceeded in death by his parents Raymond and Shirley Bauer, sister Penny Bauer Ence, and brother in law John Ence. Brent was larger than life and left lasting impression on every person that ever met him. To know him was to love him.

Per Brent's request there will be no services held.

640 acres of land in Lassen County is under... Read More.
Wednesday, December 1

Lassen County Redistricting in Turmoil as the Deadline Approaches for Final Map Submission to the State.

Lassen county redistricting is in turmoil as the deadline... Read More.
Previous Next