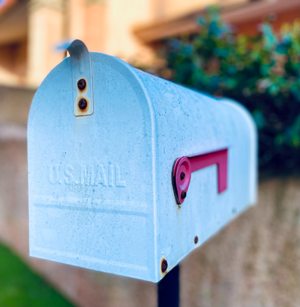 Ballots are already hitting mailboxes for the November 8th General Election. If you have not yet registered to vote, you have until October 24th.

Those in Lassen include Measure R and S for the legalization of commercial cannabis within industrialized zones in the City of Susanville and County, and voters in the county’s Supervisorial District 5 will choose between candidates Tom Traphagen and Jason Ingram.

Local measures in Plumas County include Bond Measure B for Seneca Healthcare District, and voters in Portola will vote for two of the three candidates running for City council.

County election offices remind you that you do not have to wait until election night to cast your vote. You can drop off your ballot at any location throughout the county early.

Plumas County remains a mail-in or drop-off-only county. Other than mailing in your ballot, you can drop them off at the Quincy Courthouse or the Elections office on Main street.

You should expect to have your ballot in your hands by the end of this week, though if you have not received yours by October 19th, you can contact the elections office near you.

Under a Quarter of Ballots Returned in Lassen and Plumas

Last Day to Register to Vote

Some Plumas Voters Get Wrong Ballots